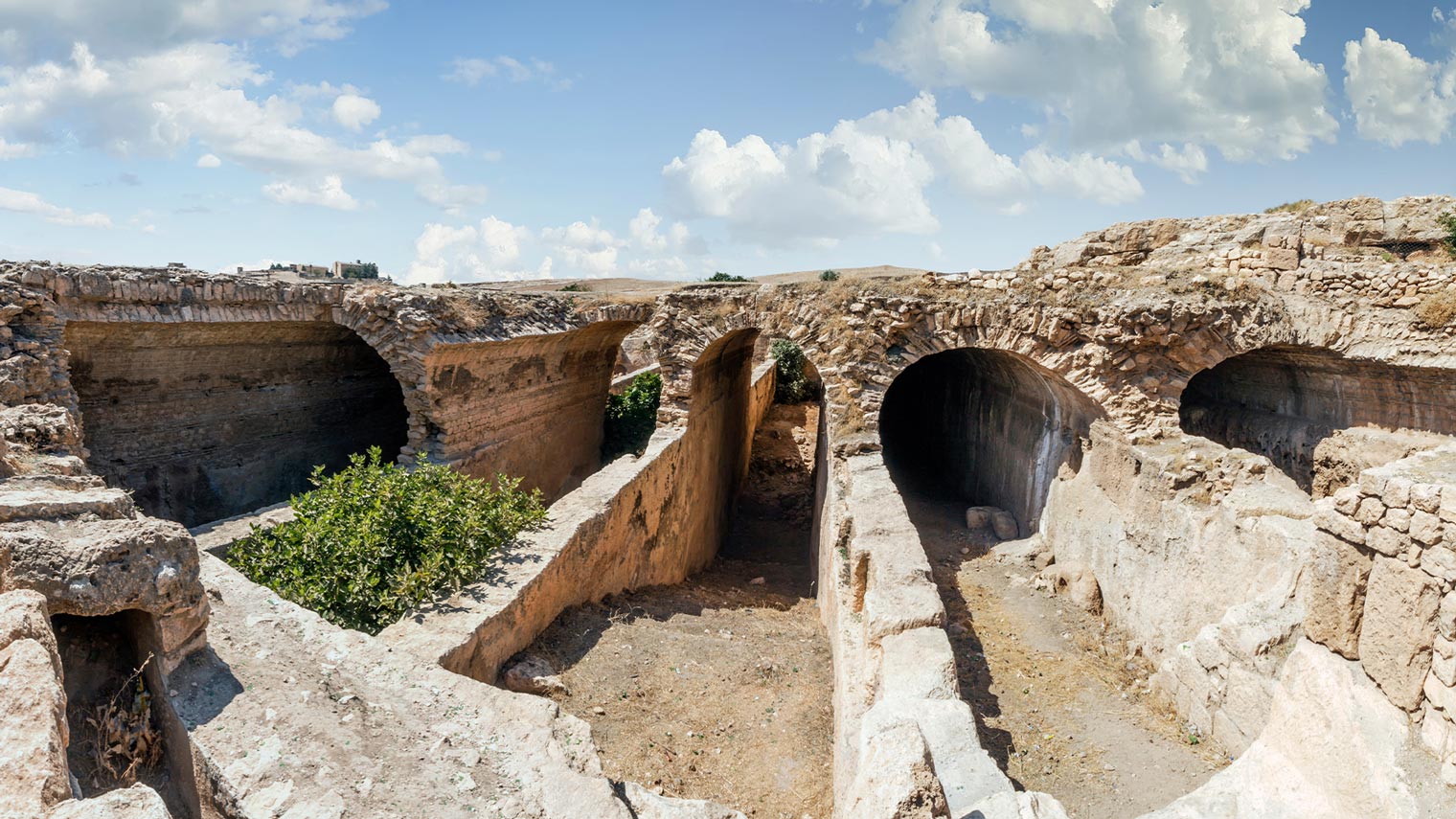 Fratco has been a leader in the modern drainage industry, but what about before the notion of industry existed at all?

In other words—how did water management practices first begin? Who gets the credit for developing this essential technology? And what did that technology look like long before the words “drainage pipe” were synonymous with “Fratco”? As it turns out, early drainage techniques have a lot in common with the technology used today, and there’s plenty to learn from ancient civilizations’ water management methods and mindsets. Seasons come and go as crops are sown, grown and harvested by farmers who feed the world. And just like every harvest must be carefully nurtured, the same is true for each generation of farmers. So what will the next “crop” of agricultural professionals be like? What unique additions will they bring to the never-ending, ever-changing world of food production? How will they be similar to past generations of farmers, and how will they be different? Tried & True was eager to find out.

Mesopotamia was home to civilizations of firsts: the first to build advanced and enduring structures, the first to develop strict ethical codes and, of course, the first to make waves in water management practices. Much like Fratco’s modern-day work culture, ancient Mesopotamian societies were grounded in tradition while they thrived off innovation.

Much of that innovation was driven by necessity. Located in the region that makes up modern-day Iraq, Turkey, Syria and Kuwait, the name “Mesopotamia” itself roughly translates to “between two rivers.” These neighboring bodies of fresh water—the Tigris and Euphrates—were a double-edged sword, however. On one hand, they provided Mesopotamia with lush, fertile land ripe for agriculture, while on the other, they made the area prone to devastating floods.

Those circumstances presented Mesopotamians with a literal “sink or swim” scenario—their civilization could either master the rivers and flourish or fall victim to flooding and perish.

Historical evidence shows that Mesopotamians rose to the occasion with some of humanity’s first engineering projects. Archaeological dig sites in the region reveal a complex network of basins and canals that mitigated flooding while irrigating farmland. Evidence suggests that some of these structures may have even been used for up to a millennium before being replaced. While this primitive technology may not have been as efficient as modern-day perforated pipe, it was still effective enough to support one of the first mass agricultural operations.

It appears that a culture of communal support arose around these structures. Ancient records suggest that farmers were required by Mesopotamian law to assist each other in digging and maintaining canals—especially in times of need when flooding was prevalent.

IRAN AND THE QANAT

In contrast to Mesopotamia’s abundance of water, early civilizations in Iran were forced to contend with an arid desert climate where water was scarce. In order to preserve this precious commodity in a territory that’s 85% dryland, a series of underground tunnels called “Qanats” were carved out of the earth by ancient laborers. These tunnels transported water to the surface for agricultural purposes as well as drinking. According to National Geographic, the network of Qanats still in place beneath Iran is so vast, it’s estimated that their total combined length could span the distance between the earth and the moon.

This water management infrastructure was the lifeblood of the region’s civilization. Ancient rulers placed great importance on maintaining these structures, even going so far as to bestow the honorary title of “mirab” upon the official tasked with maintaining an area’s Qanats.

Today, the legacy lives on as modern-day mirabs work to restore and preserve ancient Qanats within Iran. Modern mirabs see their task as a means to honor their historical forerunners, with one prominent mirab stating, “These Qanats have been the source of life for me and all of my ancestors. It’s my duty to preserve them until the last second of my life.”

The Qanats were just one facet of ancient Iran’s water management marvels. In other agricultural zones, archeologists discovered clay soil pipes and baked clay bricks—structures that are strikingly similar to the clay tile of the 1900s that preceded today’s plastic pipe. These systems would have been used for drainage in a similar manner to Fratco pipe found on the farmland of today.

In ancient Chinese dynasties, water management was on the minds of bureaucrats and philosophers alike. Confucius himself wrote of an ancient Chinese statesman who “was concerned by the threats caused by rainstorms and subsequent floods” and issued decrees to prevent agricultural disasters. Specifically, the statesman made it clear that regional governments were obligated to “build an embankment, dredge the ditch, make a water channel to enable water to flow correctly and build a reservoir to store water or discharge flood, so that people have farmlands to cultivate.”

In addition to these localized water management systems, regional drainage infrastructure was developed in ancient China on a grand, coordinated scale. Drainage systems constructed in the Yellow River Basin are a testament to the importance placed on water management by the highest levels of Chinese leadership around 500- 400 BC. An ancient text called the Kao Gong Ji—”The Book of Diverse Crafts”—goes into great detail on the design and construction of drainage systems of this era as well.

On the other side of the world, indigenous civilizations of the South and Central American continents were also keen on water management. In ancient Maya, early agricultural experts designed sophisticated systems to retain and redistribute water for farmland and cities alike. The use of water management in both a rural and urban context mirrors the way Fratco pipe is also utilized in a variety of settings outside of agriculture today, as described in “Off the Farm” on page 14 of this issue.

The Incan civilization also had an incredible grasp on proper drainage practice. Their unique approach to farming led to the construction of artificial terraces with plots arranged in steps. Here, water drainage systems could be implemented in a way that circumnavigated the area’s steep terrain. These terraces can still be seen in the ruins of Machu Picchu, where they were once pivotal to the city-state’s longevity and success.

THE WISDOM OF THE ANCIENTS

It’s difficult to imagine the time, effort and resources required to construct the world’s early water management systems—especially considering the advanced excavation technology, scientific knowledge and product engineering we rely on today. Still, the need for proper drainage was so great, our early ancestors had no choice but to find their own solutions.

No agricultural civilization could have prospered and progressed without effective drainage infrastructure. How interesting that such an early technology is still a major cornerstone of our civilization today— more refined by modern innovators like Fratco, yes, but identical in purpose, necessity and spirit.

With Fratco’s 100-year anniversary coming up in 2023, the company is proud of its heritage and four generations of family-owned legacy. When looked at through the lens of distant history, however, it becomes clear that Fratco is carrying a torch that dates back much farther than a century. The company is honored to be part of an ancient tradition of human ingenuity.